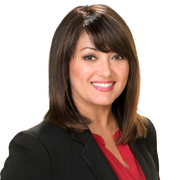 Gina Silva is currently a special projects reporter for Fox 11 News. She earned a degree in Broadcast Journalism from the Walter Cronkite School of Journalism and Telecommunications at Arizona State University. While in college, Silva began working for Univision in Phoenix where she soon went on to host her own show, "Realidad en Educación,” a show which focused on successful Latinos in Arizona. Upon graduating, she moved to Tucson to work for the CBS affiliate. Within two years, she quickly made her leap back to Phoenix, working for the ABC affiliate. She earned numerous awards including Emmy's for her investigative work.  Silva began working at KTTV since 2001. She’s earned numerous Emmy’s and Golden Mikes for her reporting.