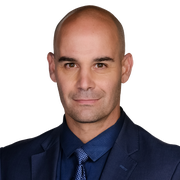 Pablo Alsina is a versatile sports announcer who works fluidly on and off camera, in English and Spanish. Alsina has nearly a decade of experience as a national and local sports anchor, host, reporter and play-by-play announcer for major networks: KTTV FOX 11, Fox Deportes, MundoFox, NBC/Telemundo, and GOLTV. He has covered major events including two Super Bowls, three World Series and thousands of sporting events. Alsina is a University of Florida graduate with a bachelor’s degree in telecommunications and a minor in theater.