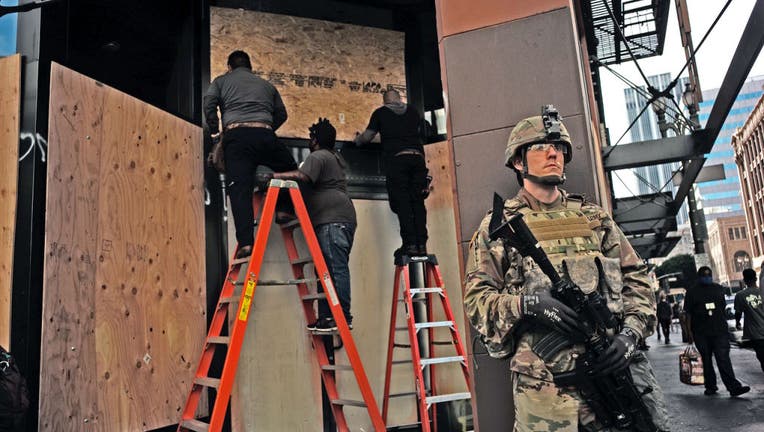 LOS ANGELES - Three Los Angeles County courthouses were ordered closed for the remainder of the day on Tuesday because of public safety concerns stemming from large-scale police protests, only hours after the court system re-opened following a one-day closure for the same reason.

RELATED: Continuing coverage on the death of George Floyd

The Criminal Courts Building and the Stanley Mosk Courthouse, both in downtown Los Angeles, and the Hollywood Courthouse were ordered to be shut down for the rest of the day "in the interest of the safety of the public, judicial officers, employees, and others," Presiding Justice Kevin C. Brazile said.

"The decision to close a courthouse is never made lightly, but public safety imperatives are my chief priority," Brazile said.

The courthouses were among 38 that were ordered to be closed Monday following the issuance of a countywide curfew that took effect 6 p.m. Sunday amid widespread civil unrest. They were allowed to reopen Tuesday morning to handle "time-sensitive and essential functions."

Nearly 80% of the 600 county courtrooms have been closed since.

The court plans to reopen its clerk's office operations on June 15, with a revised model that prioritizes access online and by telephone.

Appointments will be required to meet in person in order to maintain social distancing.

Hearings are expected to resume gradually beginning June 22, and facemasks or coverings will be mandatory for entry into any courthouse.